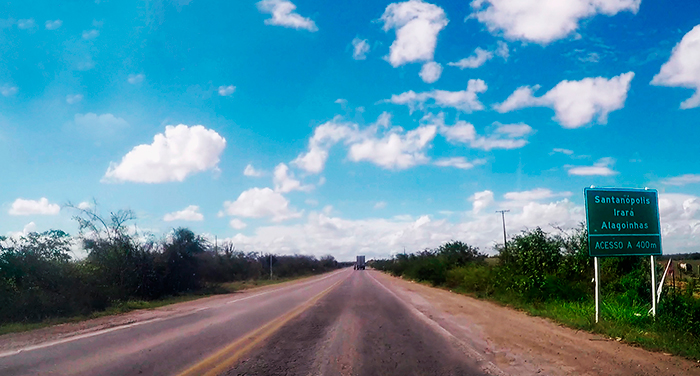 “TEIXEIRA DUARTE, S.A.” declares that a joint venture which includes its 100% controlled company “EMPA, S.A. Serviços de Engenharia”, has received, on March 13 of 2018, on behalf of the National Transportation Infrastructure Department (known as the DNIT), a contract for the “Elaboration of the basic and executive engineering projects and implementation of road duplication, side roads, capacity adaptation, restoration with improvements and special engineering structures on highway BR-116/BA, Lot 06”, to be developed between Km 387.41 and km 427.75, for a total extension of 40.34 km.

Road duplication works will be executed for a length of 36.9km, whereas the restoration works will be implemented for 43.78km, including intersections and access routes. 28 Special Engineering Structures will be implemented, namely 2 bridges, 14 flyovers and 12 footbridges. The contract also considers the rehabilitation of 2 Special Engineering Structures, namely 1 bridge and 1 flyover.

The time frame foreseen for implementation of the work is of 1350 days and it is valued at 297 million Reais [Brazilian Real], corresponding to 74 million Euros, of which “EMPA, S.A. Serviços de Engenharia” owns a participation of 45%, equivalent to 33.3 million Euros.

The Construction Sector experiences growth in Brazil
Brazil is a market that the Teixeira Duarte Group began to pursue in 2006. Since then, they have maintained important real estate operations in São Paulo. This is a market in which the Construction Sector has recorded an important growth, which has been manifested in the implementation of several different types of works within several states of this country, both in terms of geotechnics, foundations and metalworking (rehabilitation of the Hercílio Luz Bridge in Florianópolis) as well as in terms of construction (Unit IV of the Niterói Hospital Complex, in Rio de Janeiro), particularly of the infrastructures, to this extent highlighting the duplication of the Ferro Carajás road in Pará and the on-shore Porto do Açu infrastructure in Rio de Janeiro.

Please enable Strictly Necessary Cookies first so that we can save your preferences!